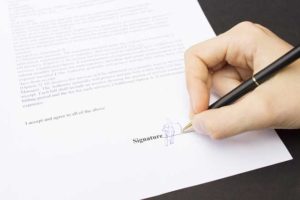 The Firm currently provides legal advice and assistance, also in judicial matters, in the field of agency agreements.

Maurizio Iorio is a member of the Commissione Sindacale Confcommercio (trade union commission of the Italian general commerce confederation) for the renewal of the Collective Bargaining Agreement for Agents and Sales Representatives.

PDF: Void clauses in agency contracts –   Article written by Maurizio Iorio , lawyer , published on the issue of  June- July  2013 of the magazine MP – Market Place ( Consumer Electronics ) – Synopsis : in  this article are examined some of the clauses – currently found in agency contracts – which are void or, at best, of controversial application since in conflict with mandatory rules provided by law and by collective bargaining.

PDF: Statutory provisions relating to E-Commerce –  Article written by Maurizio Iorio , attorney at law ,  published on the issue of  September 2013 of the magazine MP – Market Place. Synopsis : in  the article are examined  the main rules governing e-commerce, as well as some legal issues – including environmental ones – relating to current regulations, among which must be mentioned the lack of a single, homogeneous consolidated law, the insufficient European harmonization and the non-existence of an international regulatory framework applying to operators established outside the EU .